Mark Roman is an Actor, Buskeer, Heroteer and Host of The Mark Roman Empire Also A Podcast. Mark and I talk about Creativity, the horrors of Capitalism and its relation to art, creativity and his adamant refusal to never step in an office to support his livelihood as an artist. It’s been over 10 yrs since we last saw each other. We started out as comics. I continued the comedy path while Mark went on the actor path.  Intro/Entro Music: Hot Sahara by Fans of Jimmy Century www.veecomedy.com @porasspodcast - Instagram & Twitter @veronicaporras - Twitter @veeporras - Instagram Venmo: @BMERecovery For a personal video message from me get me on Cameo! - search Veronica Porras --- This episode is sponsored by · Anchor: The easiest way to make a podcast. https://anchor.fm/app --- Send in a voice message: https://anchor.fm/porasspodcast/message Support this podcast: https://anchor.fm/porasspodcast/support 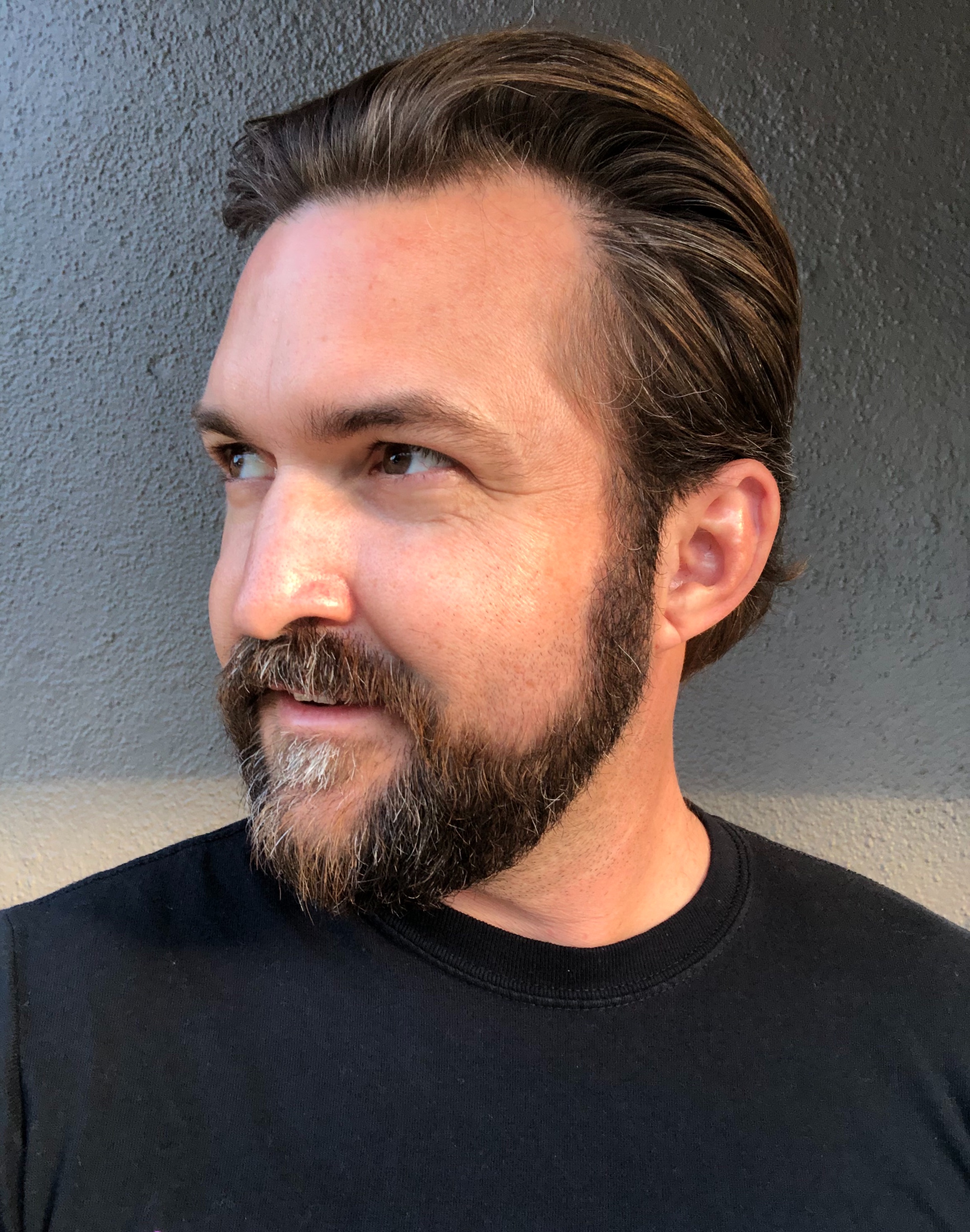 Mark is known for his "Lt. Frank" live improv character, loosely based on Lt. Dangle of Reno 911! Lt. Frank, powered by the spirit of Emperor Norton, and motivated to perform a Don Rickles routine with any stranger, has issued over 10,000 "citations" (Mark created) ... while wearing women's short shorts and rainbow "tactical" leg warmers. Thomas Lennon calls Mark his "doppelganger" and "a really big dude ... a lot bigger than me." Lt. Frank was seen in the Hollywood Reporter, on KTLA & ABC news, at Beachers Madhouse (Hollywood & Las Vegas), and (almost) in an episode of Ray Donovan. Mark has worked as a busker or street performer (as Robin Williams, Rod Stewart and Penn & Teller have). In "Mark Roman Empire (also a podcast)" Mark monologues on his week and interviews his actor, comedian, musician and other notable friends in Los Angeles. Without apology, Mark's IMDb remains littered with background artist roles. Mark understands how being an extra ruined the careers of Tiffany Haddish, Ricky Gervais and Brad Pitt. Mark recklessly performs comedy & drama. For a living. Even barely. Without shame. Without remorse. What Mark regrets is ever working in mortgage banking. Or any sales, really. Seriously, how DO people do it?! Mark proudly pays his rent as a professional actor, whether busking to a global audience or working a SAG-AFTRA union contract. While Mark lacks representation, he was legally ruled a celebrity by the federal judge who dismissed his defamation suit against a former college where Mark founded, edited & published the independent student newspaper "The Hillsdale Spectator". Mark viscerally knows what it's like to have one's life profoundly changed. While a teenager. Because politically powerful men fear what one might discover. Journalists have yet to investigate whether Mark remains on the FBI's Subversives List. Mark wrote the poems "Son of Elmer Gantry's Bitch" and "Pain from Parents. The Pious. And the Patriotic." Mark performed stand-up comedy in the San Francisco Bay Area, and looks forward to developing a fresh autobiographical act in Los Angeles, utilizing his unique improvisation skills honed by his Lt. Frank act. Mark works only union contracts (for covered work), and is happy to direct curious producers to union contract information resources. Mark remains an Eagle Scout, although he finds the entire premise colonial, archaic and quite possibly a scandalous waste of a young man's childhood. Like Charlie in the Chocolate Factory, Mark's just happy to be here. In Hollywood.

During the Covid-19 pandemic, two friends in comedy, Nina G. & OJ Patterson, joined forces to celebrate both their love of stand-up comedy to write Bay Area Stand-Up Comedy: A Humorous History (published by The History Press)...

"This is a really cool club to be a part of" Following the recent Texas SB8 near ban abortion law, I was inspired to do an episode on vasectomies. Meet my guests Josh Cole and Patrick from Chicago both have …

"There's no point in trying to argue with someone who's set on being stupid" Cory Robinson is a comedian , actor, and podcaster (Co-Host of Showtime & Kev ). Milan Bond is his girlfriend who works in Luxury Hospitality. How …

"Those Imaginary gate keepers are like more powerful than any words of rational I can tell myself" Chloe Payne is a musician on a budget. What does it mean to come out of the closet in the 21st century while …

"The intellectual approach to grief does not work" Kenny Yun (Lettuce Town Lies & The Kim Jung-Il Experience) is a solo performer artist from the San Francisco Bay Area. The passing of his mom in 2017 created a path to …