#10 - Kaydee Kersten - Creativity On a Budget

Creativity On a Budget. Kaydee Kersten and I first met at the San Francisco Comedy College about ten years ago. We recap on the last ten years on her creative path and where it has taken her in both personally and professionally and being creative on a budget. Follow her on Instagram @kaydeekersten Intro/Entro Song: Hot Sahara by Fans of Jimmy Century  www.veecomedy.com @porasspodcast - Instagram & Twitter @veronicaporras - Twitter @veeporras - Instagram Venmo: @BMERecovery For a personal video message from me get me on Cameo! - search Veronica Porras --- This episode is sponsored by · Anchor: The easiest way to make a podcast. https://anchor.fm/app --- Send in a voice message: https://anchor.fm/porasspodcast/message Support this podcast: https://anchor.fm/porasspodcast/support 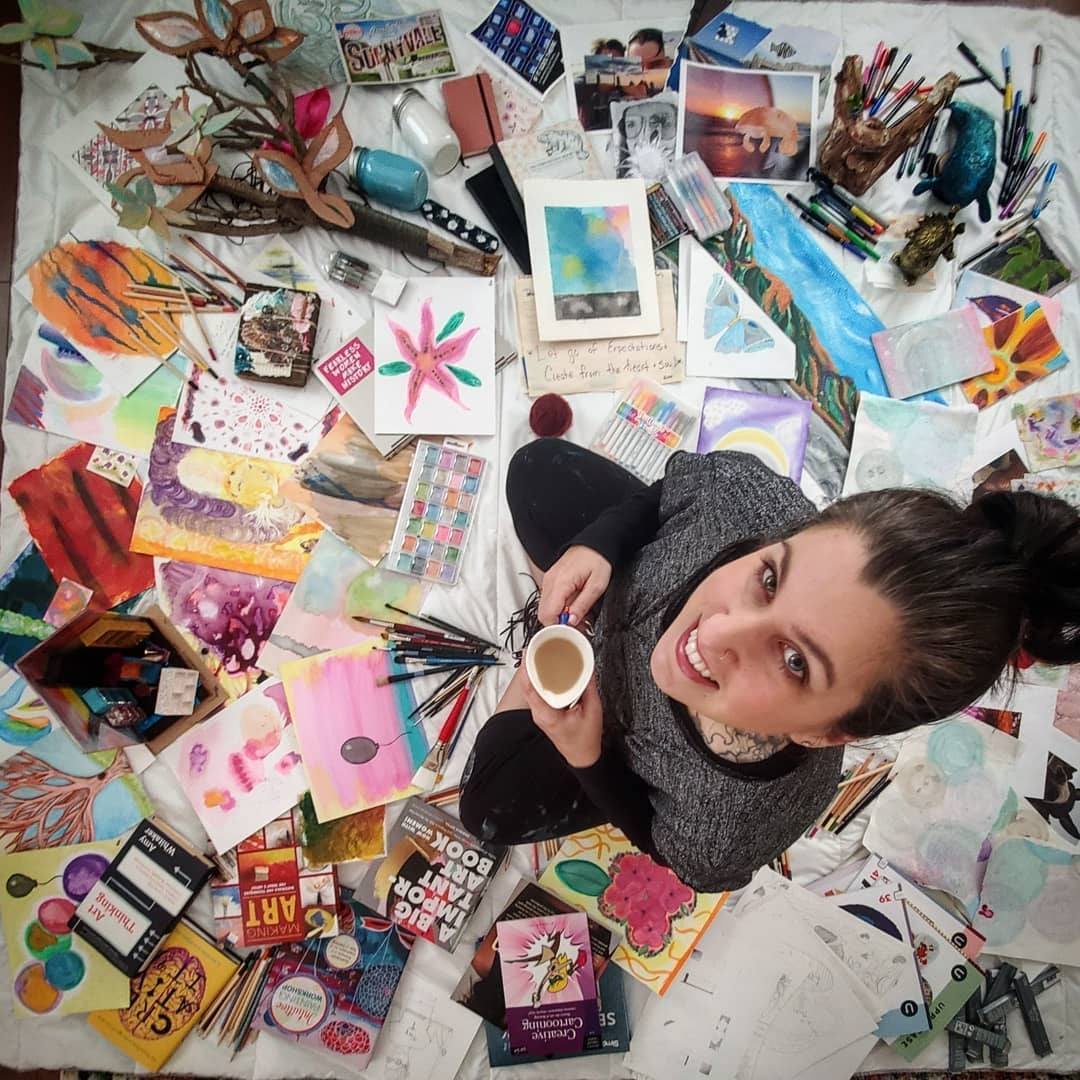 KayDee Kersten is a Creative Producer in Los Angeles, CA. She has a long history in event production, working with companies such as HBO and Entertainment Weekly, as well as producing live theater and stand-up comedy shows in Chicago, San Francisco, and Los Angeles.
An independent producer of digital content in Hollywood and camera operator at the Comedy Central Stages, you'll find her getting her hands dirty in all aspects of production: writing, camera operation, prop fabrication, costuming, make-up, editing, sound design, and (very) occasionally, acting. ​KayDee is currently co-writing her first feature film script with her immensely talented partner Scotch Wichmann. She's also looking to collaborate with dedicated individuals who share her passions for female-centric content, equality, LGBT rights, sanity, laughter, beverages with bubbles, and laughter.

During the Covid-19 pandemic, two friends in comedy, Nina G. & OJ Patterson, joined forces to celebrate both their love of stand-up comedy to write Bay Area Stand-Up Comedy: A Humorous History (published by The History Press)...

"This is a really cool club to be a part of" Following the recent Texas SB8 near ban abortion law, I was inspired to do an episode on vasectomies. Meet my guests Josh Cole and Patrick from Chicago both have …

"There's no point in trying to argue with someone who's set on being stupid" Cory Robinson is a comedian , actor, and podcaster (Co-Host of Showtime & Kev ). Milan Bond is his girlfriend who works in Luxury Hospitality. How …

"Those Imaginary gate keepers are like more powerful than any words of rational I can tell myself" Chloe Payne is a musician on a budget. What does it mean to come out of the closet in the 21st century while …

"The intellectual approach to grief does not work" Kenny Yun (Lettuce Town Lies & The Kim Jung-Il Experience) is a solo performer artist from the San Francisco Bay Area. The passing of his mom in 2017 created a path to …